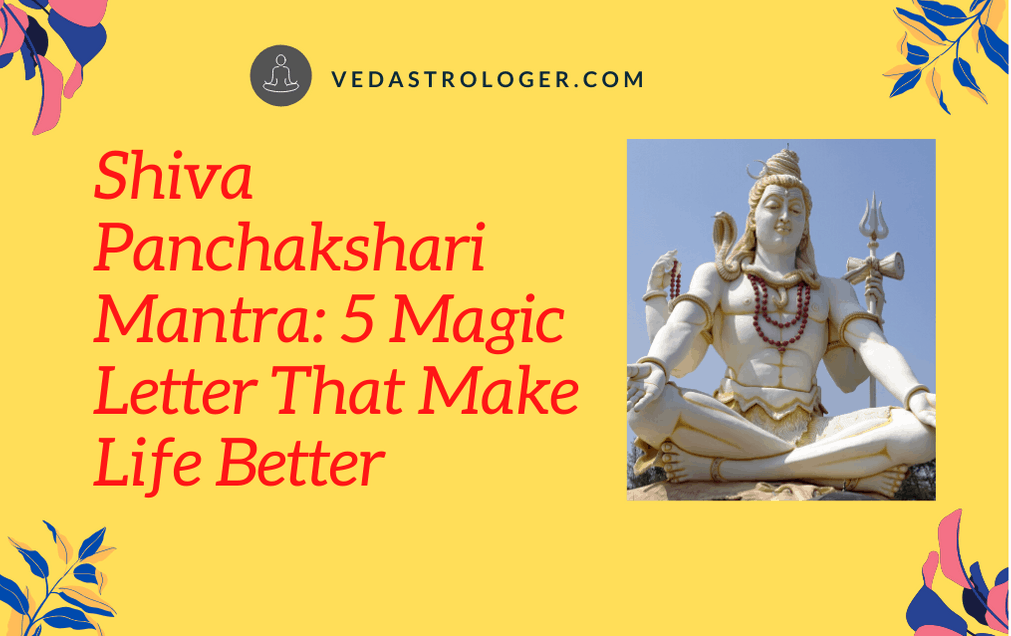 Shiva Panchakshari Mantra and Mrityunjaya mantra are both mantras dedicated to the lord shiva. Devadhidev Mahadev is easily pleased with the recitation of the Panchakshari mantra. Devadhidev Mahadev is famous as Lord Sadashiv Oghaddani. Whoever worships them with their true mind, according to their name, Shiva fulfills all their desires. Along with the Gods, Atul offers opulence to all. There is no end to his glory. He is famous in the forms of Umamaheshwar, Ardhanarishwar, Mrityunjaya, Panchavakra, Pashupati, Kritivasa, Yogeshwar, etc.

The eleventh Rudra, Rudranians, sixty-four Yuginians, maternal mothers, Bhairav ​​, etc. are companions. Whose president is Virbhadra? Mother Parvati and her friends Jaya and Vijaya live with them. Lord Shiva keeps rolling on Dharmavatar Nandi and wandering all three people.

And reside in the heart of his devotees. According to Sadhana, people continue to provide fruits. In addition to Muni, Jnani, Dhyani, Yogi, Mahatma, snakes, and humans worship them and get accomplishments and benefits. He is called Maheshwar because God is God.

In the scriptures of three-eyed Mahamrityunjaya Mahadev, the following verses have been propounded for meditation –

That is, which is like a white crystal like a silver mountain. Those who are wearing beautiful moon ornaments. Those whose body is bright with gemstone ornament, in whose hands are the ransom, antelope, the groom and the Abhaya who are happy, sit on the pedestal of Padma, standing around the deity, praising the origin of the seed of the world and defeating all the fears Those who have five faces and three eyes, meditate on those Maheshwaras every day.

In order to please Shiva, in mantra worship, Om. Panchakshari Mantra is considered to be the simplest and best mantra and most fruitful. Which has been called the mantra raja in the old, who has been said to be over-productive.

A description is found in Shivopasana that the recitation of Rudrashtadhyayi, Panchopachara or Shodashopachara is the law of Shiva Abhishek from Ikshuras Panchamrit, etc. for special wishes from worship and water stream. Mahamudra, Kotirudra, Adhyudra Yajna are also performed on special occasions.

In which the prayers of Rudradhyay are given. On the other hand, the simplest way to please them is described in the Puranas, only by offering the sound of a bomb, water, akshat, and the sound of a bomb through the mouth, Shiva worship is done and adhere Dani as per your name. As the famous Lord Bholenath becomes very happy and fulfills all the wishes of his devotees. That is why they are called Ashutosh and liberal Shiromani.

According to the legend of Purana, when Goddess Parvati asked her for the welfare of human beings, which is the easiest and simple mantra to please you so that one can easily worship you, she told her mother that Known as Mantra Raj, ॐNam: Shivaay is the only Panchakshari Mantra, whose ritualistic chanting gives a good welfare to human beings.

shiva shakti panchakshari mantra is made of five-element ‘Na’ ‘Ma’ ‘Śi’ ‘Vā’ and ‘Ya’. Lord Shiva has control of all the universe and the universe is also created by five elements.

This powerful mantra is also mentioned in shri rudram hymn which is the part of Yajurveda in Hindu garanths.

shiva panchakshari moola diksha mantra is also considered as panch bodha tatva of shiva and these represent as:

The total meaning of that these five words represent the five tatva that helps to create the universe.

ma word is present the world

Ya word represents the Atma or soul

What are the shiva panchakshari mantra benefits?

By chanting the panchakshri mantra, five syllables) is the most powerful and famous mantra. This mantra is also known as the heart of the Vedas and tantra, and it’s used widely. there are many benefits of shiv panchakshar stotra in Hindi. These are: